DRIVE-Safe Act Would Allow Teenagers to Drive Big Rigs: Here’s Why It Could Be a Mistake 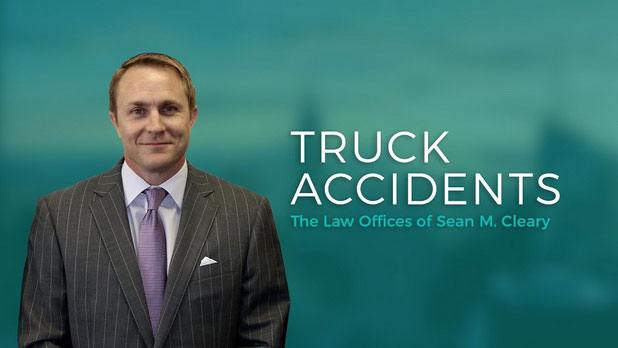 The DRIVE-Safe Act [S. 3352 + H.R. 5358], introduced in the House by Rep. Duncan Hunter (R-CA50) in March and the Senate by Sen. Todd Young (R-IN) in August, is poised to allow some younger truck drivers to operate big rigs across state lines. The DRIVE-Safe Act is a program that would drop the age requirements to drive commercial trucks cross-country from 21 to 18 in an attempt to ease the national truck driving shortage.

While the trucker shortage is causing a tremendous loss of profit to many American companies that deliver goods across the nation, the legislation could turn out to be a mistake that can potentially cost hundreds of lives every year.

"These numbers could potentially spike if the DRIVE-Safe Act allows some drivers as young as 18 to drive large commercial trucks across state lines," warns our Miami truck accident attorney at The Law Offices of Sean M. Cleary.

Let's get into the specifics of what the federal government is proposing to eliminate the trucker shortage in Florida and all across the U.S. When a pilot program, launched by the Department of Transportation, becomes available across the nation, truck drivers with military experience, including members of the National Guard, will be allowed to drive commercial vehicles in interstate commerce from the age of 18.

Currently, many states allow 18-year-olds to drive commercially within their borders, but the federal government requires all truck drivers to be at least 21 to be allowed to drive commercial trucks across state lines. Our experienced truck accident lawyer in Miami, who reviewed the details of the pilot program, explains that the government would allow truck drivers to operate big rigs and transport cargo cross-country only if they have sufficient training and experience in specific military occupational specialties.

Thus, 18, 19, and 20-year-olds would now be allowed to drive big rigs across the country if they pass the required tests.

The decision to lower the age requirement from 21 to 18 for truckers who operate trucks to haul cargo across state lines has been met with criticism from safety advocacy groups. But why?

Statistics show that young drivers both lack the overall experience and are less safe behind the wheel than their older counterparts. That is why teenage drivers are considered the most dangerous in the U.S. The teenage passenger vehicle driver fatal crash rate per mile is almost triple that of drivers age 20+.

Thus, the pilot program that allows truck drivers to operate big rigs from the age of 18 could result in more truck accidents in Miami, and all across Florida.

"Teen truck drivers are more likely to disregard trucking regulations, violate traffic laws, and engage in risky and dangerous behaviors on the road," says our Miami truck accident attorney. Statistics show the younger the truck driver; the more likely he or she is to:

Contact The Law Offices of Sean M. Cleary for a Free Case Evaluation

The U.S. is experiencing an ongoing labor shortage, which is estimated to hit more than 60K later this year. Trucking companies' attempts to attract more people to operate commercial trucks by raising salaries have had little to no effect on eliminating the shortage.

If you have been injured in a truck accident caused by a truck driver, get a free consultation from our experienced lawyer to find out your options on recovering compensation.

Miami truck accident attorney Sean M. Cleary is 10.0 - superb under Avvo's rating system. He is also a member of the Multi-Million Dollar Advocates Forum. Contact us at your earliest convenience.