Posted on 26th November 2018 by Sean Cleary in Wrongful Death 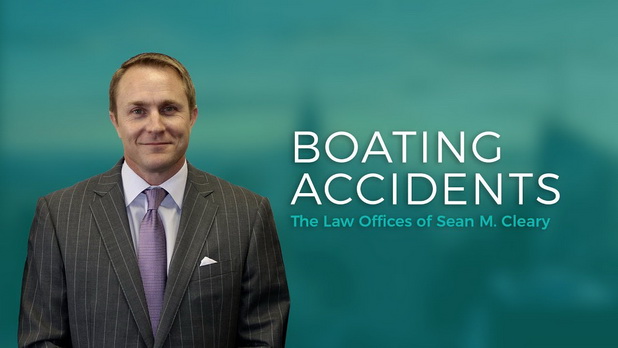 Florida is home to vast bodies of water available in the form of lakes, rivers, and oceans that residents can navigate.

However, boating and other maritime activities carry serious, potentially life-threatening consequences if those in and on the water do not take proper safety precautions.

Boating accidents end too often in serious injuries and even take lives. Unfortunately, Florida led all states in boating fatalities last year, ahead of California and Texas, with 766 boating accidents reported. This was 52 more than the year prior. Falls overboard, failure to maintain a proper lookout, inattention, and drowning after succumbing to injuries played a huge role in many of these boating accidents.

If a boater or swimmer are hurt in Florida in an accident on the water that was not their fault, they may have legal rights, and a full investigation is required. An experienced Florida boating attorney can assist in discovering the facts and circumstances that could prove whether the damages were the result of negligence. If it turns out that the incident was a preventable one, the negligent parties can and should be held accountable for the damages caused, including wrongful death.

If you or a loved one has been involved in a negligent boating accident, the legal team at The Law Offices of Sean M. Cleary will advise you of your rights and help you understand all of your options. Injuries and fatalities can change and overwhelm your life in many ways in light of a serious accident. Call us at 305.416.9805.

Below we look at some tragic boating accidents that occurred on Florida waterways recently.

A local man died on the Ochlockonee River in a boating accident. The man was operating a 14-foot boat with two passengers when his boat struck an object submerged in the water. The operator suffered serious injuries and his two passengers called 911 and attempted rescue efforts before emergency personnel arrived. Sadly, Leon County EMS declared the man deceased upon their arrival.

A 22-year-old student died in a boating accident. The accident took place on at Lido Key Beach in Sarasota. The young woman was swimming in the water off the beach when a pontoon boat operated by a 26-year-old man entered the water. According to an initial investigation by the FWC, the woman was struck in the head by the boat's propeller. She died the next day at the Sarasota Memorial Hospital.

A 15-year-old boy died after a boat propeller struck him. The boy was swimming in a channel between the Cudjoe Key and Summerland Key when the incident occurred. Emergency officials rushed the boy to shore and paramedics were on the scene to transport him to a hospital. Sadly, he was pronounced dead, having suffered a cardiac arrest.

4. Tampa - One fatality stems from boating accident, one hospitalized

The boating accident happened off the shore of Davis Islands at a channel intersection. According to a witness, a 15-foot fiberglass canoe traveling at a fast speed crashed into a nearby pole. A man was ejected from the boat while the woman remained in the vessel. Because nobody held onto the tiller following the crash, the boat traveled in circles. Instead of stopping the engine, the woman hopped out of the boat and was subsequently struck in the head, her hair being tangled in the propeller. Both passengers were taken to the hospital where the woman began breathing again but, sadly, the man died from his injuries.

The accident happened on the Intracoastal Waterway and was deemed a head-on crash. FWC found that a woman and a man were in a ship heading north in an old channel. On another boat were a man, woman, and child. Both boats tried turning east at the last minute, but it was not enough to stop them from hitting one another. The woman in the first boat received serious injuries and was taken to a nearby hospital for treatment while the man was injured and died at the scene of the accident. The three passengers in the other boat did not receive injuries.

6. Sequatchie River - Kayaking accident causes the death of one man

Witnesses on the scene claimed that the man had to be pulled to shore, where they performed CPR on him until emergency responders made it to the scene. The man and his family were taking turns practicing their kayaking techniques on the river. The children were swimming, and the wife took a kayak out to practice her maneuvers and then traded with her husband. He started to paddle toward a low head dam, and the water from the dam overturned the kayak, and the strong current pulled him under. He was then taken to the hospital, where he was later pronounced dead.

A Florida man was in a kayak that suddenly capsized on the river and pulled him underneath. The man lost his life. At the time, he was in a group of five kayakers and was trying to get around a bridge in a difficult-to-navigate-area. He wasn't able to pull free from the strong current. A fisherman called 911. The search team that arrived at the scene tried to rescue the man for over an hour.

A man was suddenly ejected from his 17-foot Aquasport boat. The unmanned craft kept circling him and struck him each time it went through. Another vessel pulled up and immediately worked to rescue him. The man was taken to the hospital with severe and life-threatening injuries, but within a few hours, he was pronounced dead. The boat continued to circle in the water after the rescue for almost an hour. The U.S. Coast Guard shut the boat down, however, when they threw ropes in the water, and they were tangled inside the propeller.

9. Alafia River - One killed, others injured in boating incident

A boating accident took place in Riverview, on the Alafia River. Crews were called to rescue two people, a 12-year-old boy, who received minor injuries, and a 33-year-old man. The boy was taken to the hospital. A search was launched for a missing third person, a 41-year-old man, and his body was recovered later.

A power racing accident happened when two boats collided and one overturned, killing a firefighter and injuring three others. The crash occurred on the St. John's River where the boats were competing in a championship contest. The firefighter was seriously injured but then taken to the hospital where he died.

The man was working on his boat, spending time with his family when he sustained a serious fall in the water. Witnesses tried to pull him out. Rescue workers did what they could. However, he was pronounced dead at the scene.

A Florida man died in an accident after his kayak overturned on the river. Authorities received a call about an unresponsive kayaker who had overturned where there were many rapids. There were difficulties in reaching the man.

A boating accident left five people needing rescue and one person dead. The victim was a 57-year-old man. A boat carrying six people capsized and was filled with water within two minutes. The passengers had no choice but to swim. They all managed to hang onto a buoy in Hillsborough Bay. The 57-year-old man died because he was unable to hold on any longer and drowned. Tampa Police air patrol was able to throw the passengers life preservers.

Jereima Bustamante died in a boat crash in the Florida Keys. She was expected to work on Gov. Rick Scott's U.S. Senate campaign. The 33-year-old woman was one of four people who were on an 18-foot Maverick center console vessel. The boat was near the Whale Harbor Channel when it hit a group of mangrove trees. She was taken to the hospital but, unfortunately, didn't survive due to her injuries. After the crash, many others were also treated for non-life-threatening injuries.

After a casino shuttle boat was engulfed in flames near Pasco County woman died due to severe injuries, and dozens of people were injured. Engine problems on board the shuttle boat led the captain to turn it around and head back to the dock. Before it could make it back to the dock, the boat went up in flames. About 50 people, passengers, and crew had to jump into the chilly waters to safety. One woman died following the incident. 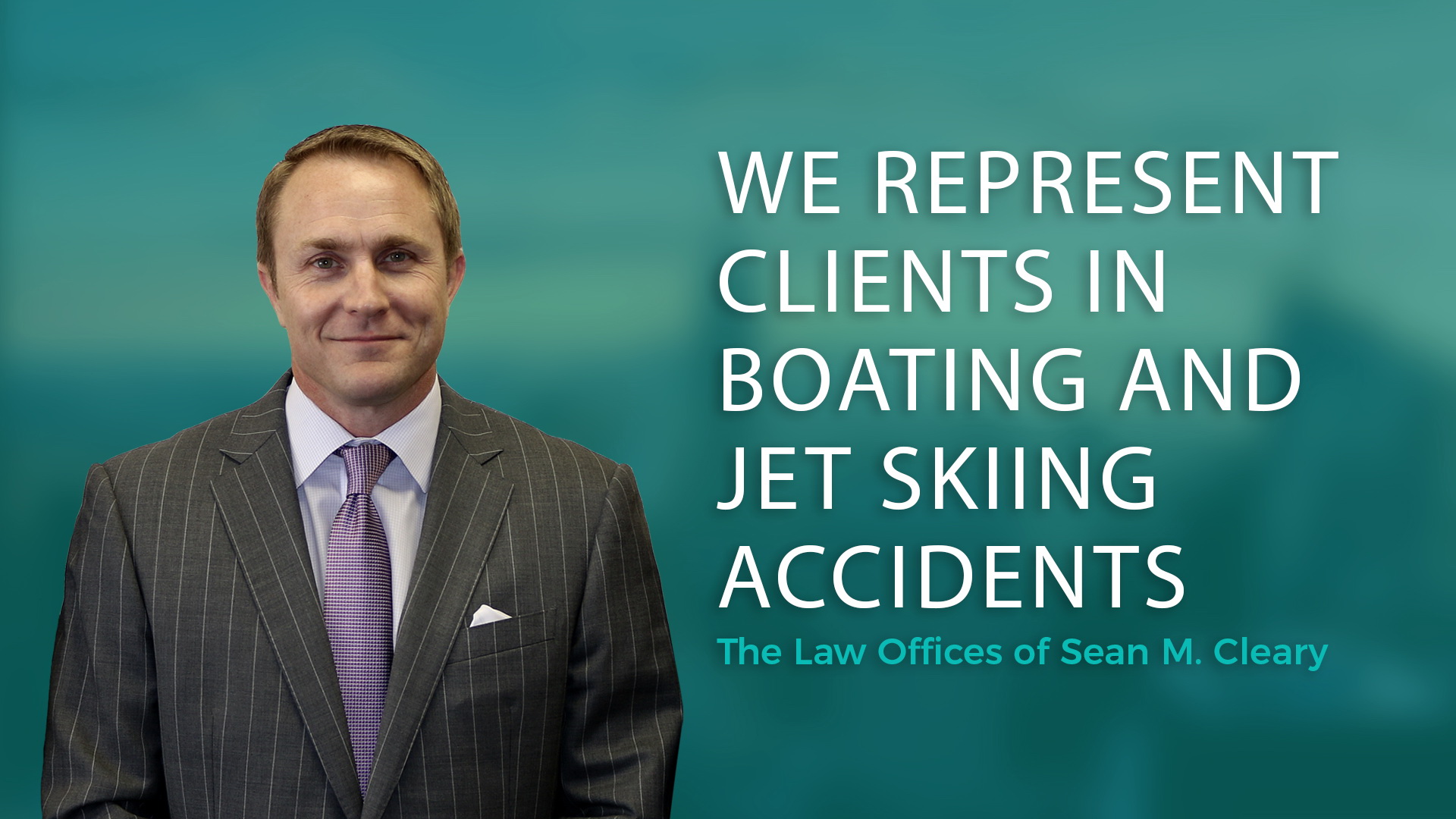 Boating accidents happen in Florida for a variety of reasons.

Every year, people will receive injuries and lose their lives on boats, and we want you to understand you have rights if you have been injured or if a loved one lost their life in one of these accidents.

At The Law Offices of Sean M. Cleary, we know the ins and outs of boat accidents and want to help in your time of need when it comes to your case. Call us as soon as possible after your accident at 305.416.9805.