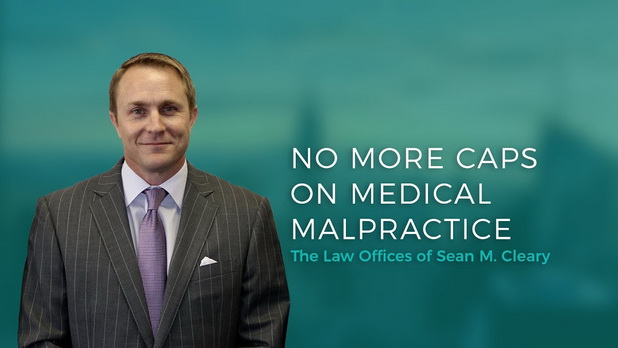 The American Bar Association (ABA) has figured out just why compensatory damages should not be capped at either the state or federal level.

After more than thirty years of empirical research on federal and state legislative efforts to impose limits on non-economic damages, ABA informed the United States House of Representatives that caps decrease access to the courts for low wage earners.

As ABA stresses, an arbitrary cap is not the solution, especially as in the negligence cases in which judges come to the conclusion that the evidence cannot support the jury verdict, our injury law already allows them to set it aside. In every jurisdiction, if a judge thinks that an award is excessive he or she can lower it. In some jurisdictions, if the judge believes an award is too small he or she can raise it.

Capping Is Not the Solution

We need a bit of a reality check on how litigious Americans are. Americans don't sue that much at all. But the myth of litigious Americans has been successfully propagated. According to recent data, only 10% of the Americans that have been injured ever file a claim to receive compensation, and only 2% file lawsuits to recover compensation. All told, tort cases represent just from 3 to 5% of all civil caseloads, and that percentage has been steadily declining. Americans demand justice, they believe that people should obey the rules, and accordingly, the rules are fairly reasonable. The American legal system is accessible, predictable, and it is not corrupt.

This might lead to some dumb malpractice lawsuits being filed. But lawsuits against negligent parties are a sign of a civilized society where people matter. What about the insurance crises experienced by doctors? Where they the result of exploding claims or tort system costs? Studies published by Americans for Insurance Reform prove that both premiums and malpractice claims per doctor are at present at their lowest level in four decades. Total medical malpractice payouts have never spiked and have tracked the rate of inflation. Premiums for physicians have increased excessively three times over the last 40 years and were the result of the industry's boom and bust economic cycle. History proves capping damages was not the solution because states that enacted caps on damages saw an average 21.8% drop in pure premiums from 2002 to the present, but the states that took no measures saw an even greater average decrease of 28.9%.

Why should we trust the decisions made by juries? An essential function of the jury system is to provide control on official or arbitrary power. Jurors have no investment in the outcome of a case except to see that justice is done. This system of juries selected for one case and then fading anonymously back into the community guards all of us from the likelihood of corruption, overzealousness, and an array of other risks. There is a substantial body of evidence showing definitively that civil juries are efficient, competent, and rational, even in complicated cases, and that their decisions are neither arbitrary nor emotional.

Besides barring access to justice, caps create paradoxical situations. Caps allow the least severely injured to receive full compensation while requiring the most seriously injured to accept the most severe under-compensation. Another paradox is that under a cap regime, juries tend to give bigger awards to many smaller injuries, because of the cognitive bias of anchoring. Psychologist Daniel Kahneman explained that the implementation of a cap on damages might act as an anchor. If certain damages were capped at $500.000, that value would probably act as an influencing factor on jurors, often pulling up award amounts that would be lesser than if jurors had no cap and could arrive at a decision on their own.

The jury essentially serves as a check on other parts of the government and the civil jury's competence to determine compensatory damages in personal injury cases should be protected.

The Law Offices Of Sean M. Cleary provide professional legal representation for medical malpractice victims, so for a free consultation, please contacts us. Through a claim against a medical professional or an institution that has not followed the standard of care or has caused preventable serious injury, clients can recover compensation to cover medical bills, medical treatment, or other medical expenses.