Division of Marital Debt in a High Net Worth Divorce 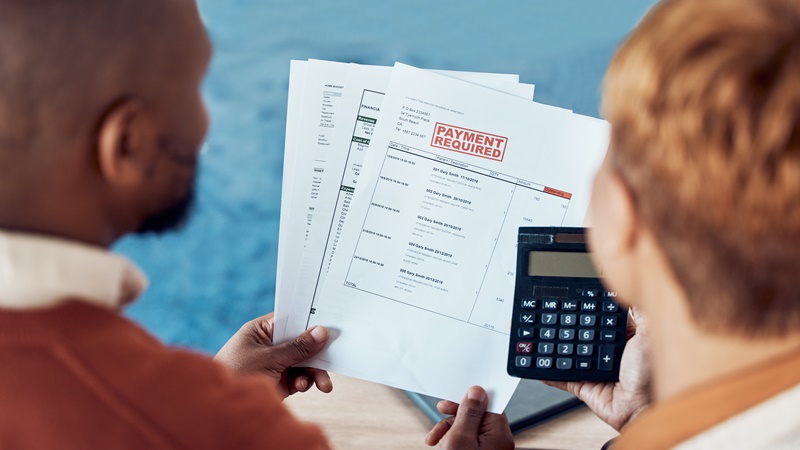 One of the most common issues in a high net worth divorce is the marital debt division. Contrary to what some people may think, divorce doesn't magically absolve people of debt. Going hand-in-hand with dividing property, division of debt is most times more significant.

In Florida, the judge will determine a fair (but not necessarily equal) division of property and debt when in an equitable distribution state. For example, the higher-earning spouse may be awarded more property in the division while also ending up with more debt.

As a general rule in Florida, both spouses are accountable for the debt either of them incurred during the marriage.

However, spouses can also have separate debt, which usually refers to various obligations that arose prior to the marriage. In the event of a divorce, these obligations continue to be the exclusive responsibility of the spouse who initially incurred them.

During a high asset marriage, spouses can incur debt in a couple of ways, for example:

When spouses use marital assets like joint bank accounts to pay for their partner's separate debt, things get trickier. Depending on the circumstances of each high net worth divorce, the spouse that did not incur the original debt might benefit from the reimbursement of their share of the marital assets that were used to pay the respective debt.

There are unique circumstances when acquired debt falls into a gray area. A judge might look at a debt incurred during the marriage as a separate obligation belonging to only one of the spouses. Such is the case of extramarital affairs that run up credit card debt for lavish gifts or expensive trips. In other cases, if one of the spouses has a significantly greater ability to pay a certain debt while the other cannot afford to service it, the judge might assign that debt solely to the more financially-secure spouse.

Preparing to Divide Debt in a High Net Worth Divorce

You can prepare to divide debt the same way you prepare to divide marital assets, and that is by making a list and identifying all the debts you have as a married couple. Ideally, this process should be a team effort between you and your spouse if the goal is to mitigate any future financial damage. The next step is to split those debts into separate and joint obligations. Financial information needs to be fully shared with both sides if the division of debt is going to work out.

In many instances, high net worth divorce lawyers need to look deep into the nature of the debt to figure out how it would need to be divided. Just because a debt is in one spouse's name, it does not automatically make it the responsibility of said spouse.

Several factors need to be considered when dividing up debts, and the following are a few examples:

There are legitimate reasons to incur debt right before or just after filing for a high net worth divorce, such as hiring a good divorce attorney or renting an apartment when you need to move out of your marital home. And then there is the debt incurred as a retaliation for the failed marriage, like taking a relaxing two-week vacation with a significant other. Still, the division of debt will be at the judge's sole discretion, even in the case of retaliatory debts.

Count on The Law Offices of Sean M. Cleary for Top-Notch Legal Services

If you are in the process of ending your high asset marriage, it would benefit you to get in touch with a competent high net worth divorce attorney. Our principal lawyer at The Law Offices of Sean M. Cleary provides his clients with the advice and representation needed to move forward confidently. Mr. Sean M. Cleary has a proven track record of excellence and is here to serve you in a thoughtful and responsive manner.

Our office serves clients all over Florida, and we are just a phone call away. You can easily schedule a free consultation, and we can figure out together what is the best course of action in your particular divorce situation.