Robinson Helicopters Have a History of Fatal Accidents in Florida

A Robinson R44 helicopter crashed shortly after takeoff from Kendall-Tamiami Executive Airport, killing the pilot and one passenger. The pilot was Mark Palmieri, who owned Bravo Helicopters and had miraculously survived another crash just two years prior.

The aircraft crashed into an industrial park, but no one was injured. According to witnesses, the helicopter burst into flames immediately after the crash and firefighters struggled to take the victims out.

Unfortunately, their effort did not pay off, as both victims died from severe chest injuries. As the investigation was ongoing, it was difficult to tell what exactly caused the crash.

Investigators are considering various scenarios from the collision with a bird to homicide and, of course, a manufacturing defect.

According to official statistics released by the Aerospace Industries Association, the National Transportation Safety Board, and the Federal Aviation Administration, in one recent year, there were 654 Robinson R44 helicopters sold in the U.S., making it the most popular civil helicopter model in the U.S. The Robinson R22 isn't far behind. In fact, R44s are often flown by pilots with low-time and are the only popular helicopters flown by private owners. Robinson helicopters popularity is easy to explain when we see that they're:

But the Robinson R44 is also among the most dangerous. In fact, the manufacturer of the model issued a recall to fix the fuel tanks that were improperly designed and could catch fire even in low-impact crashes. It is not known yet whether the aircraft that crashed had its fuel tank replaced or that was an operation to follow.

According to analyses of the National Transportation Safety Board (NTSB) accident reports:

To allow a safe flight, all these elements have to work both as single components and parts of the entire machinery. Any design or manufacturing defect can be fatal. Because of Robinson's design, accidents typically involve:

Other common causes of helicopter accidents include: 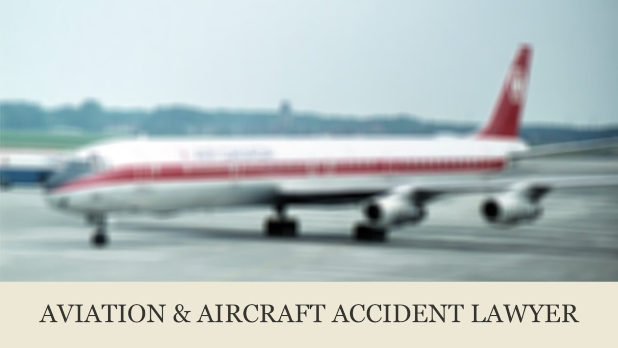 No matter what caused a Robinson crash, one thing is for sure: crashes occur because someone failed to do what needed to be done or did something that shouldn't have been done. Either way, helicopter accidents are preventable, and if they occur, there is usually someone, a person, or a corporation that can be held liable.

If you've been injured in a helicopter accident due to its design, you may be able to recover compensation:

Not only can a product liability claim result in money but it can bring about engineering improvements and force change for the benefit of others. Why choose us?

Most often, helicopter accidents are caused by other factors than the obvious ones, and there are several causes and several responsible parties. Before going to trial, all these details have to be clarified to have a successful lawsuit and recover just compensation.