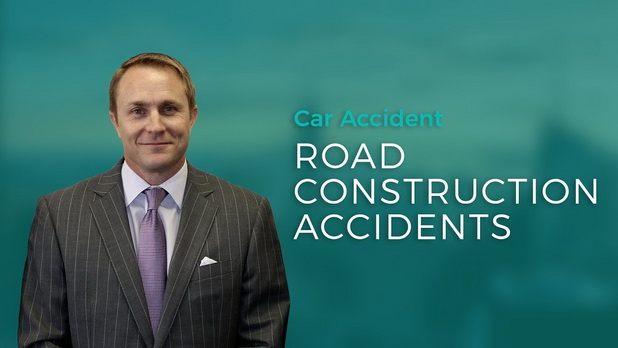 Certain industries naturally pose a high risk of danger to their workers. In Florida, over just one year period, there were 309 work-related fatalities reported. 68 of those fatal injuries involved construction workers, making construction sites some of the most dangerous places for employees.

By nature, construction work carries a risk of death or severe injury, for example, due to operating on high rise buildings and to the use of heavy equipment.

When a tragedy such as this occurs, a full investigation into the facts is warranted. Many rules and safety regulations in the construction industry are designed to make work-sites as safe as possible.

Unfortunately, rules and safety regulations - from specific rules on training to procedures on how to operate the equipment - are not always followed, and workers are put in perilous positions.

If you or a loved one has been affected by negligence in the workplace, please contact us today. To speak with our Miami, Florida construction accident attorney at The Law Offices of Sean M. Cleary, do not hesitate to contact us. Below we are going to look at some of the fatal events in construction in Florida during calendar 2018.

1. Worker Died in the Collapse of a Pedestrian Bridge

Miami - A worker died after a pedestrian bridge he was working on collapsed. Two of his co-workers were also injured but were reported to be in stable condition at a hospital. Five other people, who were not working on the bridge at the time, were killed.

2. Worker Falls From a Ladder and Is Killed

In Naples, an employee was re-screening a residence patio. During work, he fell from a ladder and was killed.

3. Worker Dies After Falling From the Roof

A worker on the job for a roofing contractor in Stuart was doing repair work on the roof of a residence when he fell to the ground. He sustained fractures and internal injuries. As a result of the injuries, he died nine days later.

A Tampa construction worker died following a job site accident while operating a road roller on a dirt embankment. The worker lost control of the roller, it overturned and landed on top of him, trapping him underneath for approximately 20 minutes. He later died from his injuries.

5. Industrial Accident Leads to One Fatality

In Cantonment, one contract employee working for another company lost his life in an accident at an industrial site where construction was happening. Reportedly, something fell on the victim, and the worker died on the job.

A power line incident led to the death of one worker in Panama City. The worker was on the job for a local tree trimming service and died when he made contact with an active power line. Firefighters had to secure the power and send personnel up to the truck bucket so that they could safely remove the victim.

7. Two Workers Die in Scaffolding Collapse at the Construction Site

Orange County - Two construction workers died following the collapse of scaffolding at a construction site for a hotel building near a Walt Disney Resort. The affected workers were about to start pouring concrete between the sixth and seventh floors of the hotel when the platform suddenly gave way. One worker suffered minor injuries and was able to pull himself up to safety while two other individuals were killed.

8. One Dead in an Industrial Accident

A worker died after an industrial accident in Orange County. He had been missing for about an hour at a worksite on Young Pine Road. Authorities arrived on the scene to discover the man pinned beneath a dump trailer. He was pronounced dead on the scene.

9. Two Workers Die After Concrete Barrier Lands on Them

Miami - Two employees working in a trench adjacent to a previously poured concrete highway barrier measuring 121 feet in length were crushed when the soil beneath the barrier collapsed, and the barrier toppled over. Both employees suffered injuries from the chest down over their bodies and were killed on-site.

Tampa - A pipelayer was removing a testing plug while either the line or equipment was still pressurized, causing the plug to strike him. The worker suffered multiple fractures and was killed.

11. Worker Is Killed When Crushed by a Steel Cage

Fernandina Beach - A worker fell on the job-site and got injured on his abdominal region with a wood board. The supervisor of the job-site noticed the victim was not able to breathe and transported him to Baptist Medical Center Nassau where the worker was pronounced dead.

When a fatal accident at work takes place, a thorough investigation will follow, focusing on the cause of death and whether the death could have been prevented.

Federal, state, and local workplace safety guidelines and procedures establish regulations; however, in some instances, those in charge of a construction project fail to meet the standards.

The failure may result in injuries or death. In cases such as these, workers or passersby injured at the site will have a claim for compensation arising from the accident. We understand some workplace accidents have tragic outcomes.

We offer our most sincere condolences to those who lost a loved one in an accident. If you or a loved one has been hurt on a construction site in Florida, our attorney wants to help. At The Law Offices of Sean M. Cleary, we are always just a conversation away. For a free consultation, please contact us.