Will Self Driving Cars Reduce Accidents? 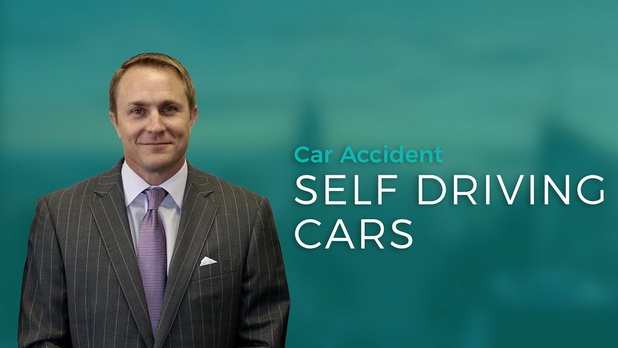 How have cars changed the world? They create significant advantages, but the adverse outcomes are impressive as well.

According to IIHS data, 35.000 Americans were killed in the course of one year in car accidents, of which 2.939 occurred in Florida. That year, the costs related to deaths, injuries, and property damage resulting from motor vehicle accidents were estimated to $412.1 billion.

Car accidents are one of the world's major calamities regarding the death of people, and 94% of the deaths are caused by human error, according to NHTSA. It is true that our lives could improve through the use of driverless cars.

It's true that most of these technologies are still being improved, in order to make this type of passenger vehicle more reliable but it will probably take some time until they won't be the cause of serious injuries.

Driverless cars may indeed be useful in drastically decreasing the number of Miami automobile accidents. Deaths and injuries from auto accidents may decrease substantially when human errors are eliminated from the driving act. Practically, causes of accident & injury that currently stem from human errors that can lead to all types of injuries, such as:

Distractions, such as talking to other passengers, adjusting the car audio, eating/drinking, or using the phone, will no longer be problems.

Google was one of the first companies who announced that it was developing a car that had no steering wheel, accelerator, and brake pedal and at the same time was running several tests on cars equipped with this kind of technology, concluding that the number of total motor vehicle accidents may decrease. The impact that self-driving vehicles is also detailed in reports that show that fatal car accidents may be reduced by 90 percent.

According to the U.S. Department of Transportation: "Self-driving vehicles are those in which operation of the vehicle occurs without direct driver input to control the steering, acceleration, and braking and are designed so that the driver is not expected to monitor the roadway while operating in self-driving mode constantly." Therefore, this vehicle can work under any conditions, regardless of whether or possible restrictions in the infrastructure or the surroundings, without the intervention of the person in the car.

What does this mean? The technology is on or in the car. To navigate, that car relies on:

In comparison, advanced driver assistance systems (ADAs) include technologies that make a car capable of self-driving in some moments, but the driver can take over when needed. Some examples are technologies for:

Cars that have partial automation are not AVs (autonomous vehicles). Driver-assistance systems are already making cars safer; therefore, it seems realistic that autonomous cars will prove to be safer choices overall.

The U.S. consulting firm, McKinsey & Company, analyzed the impact of driverless cars on the percentage of fatal accidents. It concluded that, in a few decades of use, AVs and ADAs could reduce accidents by up to 90% and would potentially save about $190 billion.

Dashcam footage from Tesla cars impressively presents the efficiency of the Autopilot feature in predicting or avoiding accidents. According to Elon Musk, Tesla's founder, the company has laid the foundations for autonomous cars operating at a safety level "at least twice that of a person, maybe better."

Why Are Self-Driving Cars Dangerous?

Though they may be safer than classic cars, self-driving cars can also represent a danger. Vehicle safety may be endangered due to:

In the past, one of Google's autonomous cars was involved in a truck accident that left no accident victims but led a lot of people to wonder who is responsible when such situations occur.

Although they still have to overcome significant problems, self-driving cars appear to be safer than human-driven vehicles. However, the first self-driving fatalities gave rise to questions about the safety of the car's Autopilot system in crashes.

The fatal crashes also cast doubt on whether AVs, in general, can consistently make split-second, life-or-death driving decisions on the highway.

The first U.S. AV fatal accident took place in northern Florida when a Tesla Model S could not avoid a truck that was making a left turn in front of it. Tesla defended its machine, saying that the Autopilot system was not at fault and that the accident involved a technical failure in the automated braking system.

Another Tesla fatal accident happened in China. The victim was driving on the highway when his car hit a street sweeper truck at highway speed. The Autopilot was engaged, and the driver did not use the brakes.

In both accidents, the drivers were operating the cars without holding the wheel, which is against the agreement they had with Tesla.

Google cars have also been involved in more than a dozen accidents. The only at-fault accident happened after the AV had merged into the far right lane to turn, but its path was blocked by sandbags around a storm drain. While attempting to navigate around the sandbag, the car hit a public transit bus. No injuries were reported.

It could be concluded that in an ideal world, the safest conditions for autonomous vehicles would be those where every single vehicle on the road is autonomous. And obviously, that's not realistic.

AVs use computer vision-based detection systems, and some researchers believe that machine learning is not a straightforward process, making it unsure that self-driving cars will operate safely. The problem is that engineers don't always know how to write the requirements needed so that machines will run correctly. That is why, currently, it is hard to program and test these vehicles for all the scenarios they could experience when encountering pedestrian hazards or small animals.

The weather is another problem for autonomous cars. Poor weather affects the vision systems, rendering cars inoperable. In the future, more sensors have to be embedded in the environment and the car.

Unless another driver was to blame for a driverless car getting in a car accident, we can investigate if the manufacturer or developer of a software program used in the driverless car was negligent.

Manufacturers of self-driving cars may be held liable when the products or technology they develop cause driving accidents that lead to severe injuries, for example:

In time, many companies such as Volvo, Tesla, Google, or Mercedes began to support this position. Volvo, for example, one of the many automakers eager to launch a driverless vehicle, decided that they will take full responsibility for the serious injury caused by one of their autonomous cars.

Anders Karrberg, Senior Vice President Corporate Communications for Volvo Car Group, said that if a problem appears to the driving system when operating autonomously, the company would assume the product liability.

Sean Cleary is a personal injury lawyer who has vast knowledge of accident laws and has helped people that have been injured in car accidents in Miami under all types of circumstances, for example:

We can represent you by filing a claim or even a lawsuit, if we can't settle with the insurance adjuster, to recover compensation for:

Our experienced attorney helps people that were involved in a car accident in dealing with insurance companies and in taking legal action when they are entitled to compensation. We can represent you on a contingency fee agreement.

Our personal injury lawyer has consistently won verdicts and settlements in motor vehicle accident cases across Miami and surrounding counties. Contact us now to learn what we can do on your behalf.