Suing the Hospital vs. Suing the Doctor in Medical Malpractice Cases

In Miami, medical malpractice can still be a terrifying reality for many patients, despite the fact that today we have more advanced medicine due to the progress of technology.

Sometimes mistakes and errors happen for doctors as well as nurses and other medical professionals.

When a hospital is involved in an error that rises to the rank of negligence, patients have the legal right to receive compensation for their injuries. For that, they have to take a series of steps, the most important of which is determining whether the hospital or an independent contractor is to blame and then filing the actual claim.

Doctors Are Liable for Medical Malpractice

The hospital is often found guilty of a doctor's or other medical staff's malpractice in the ER. However, just because an error occurred at the hospital does not necessarily mean the hospital itself can be held responsible. The hospital is not liable for a doctor's negligence in the following situations - that the patient was informed about:

If your case is based on the care you received from an individual doctor who also happens to be an independent contractor (and not the hospital's employee), you have to pursue actions against that doctor himself. These types of cases can prove to be difficult, as doctors can go bankrupt and eventually move to a different state.

The patient can sue the doctor when:

Hospitals are also liable for the actions of doctors who are not independent contractors but employees of the hospital. A doctor's employment status is determined by:

There are cases when hospitals can be held liable even for non-employee doctors' actions:

However, if the medical malpractice situation did occur in the ER, you may have a stronger case because the hospital made a mistake through its representatives. We all know that Emergency Rooms can be chaotic places, and mistakes are bound to happen. In order to have a real chance of winning a medical malpractice case based on errors or negligence that occurred in the ER, one must prove that:

For example, if a person walks into the Emergency Room with the clear symptoms of a stroke, is sent home with just some painkillers, and later does indeed suffer a stroke and is left paralyzed or suffers other catastrophic injuries, that would be considered a valid medical malpractice case. Common errors in the ER overall include:

Need A Medical Malpractice Lawyer In Miami? Contact Us 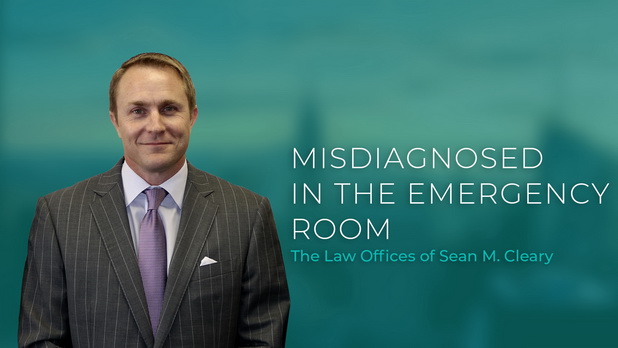 A medical malpractice case is certainly not the type of legal action you would want to handle on your own, as things can get really complicated. At The Law Offices Of Sean M. Cleary, we provide legal counseling that is:

Call us if you have any questions regarding medical malpractice claims, including ER negligence. We are here to help you build a solid strategy aimed at ensuring adequate compensation.