Surgical Items Are Too Often Left Inside the Body During Surgery 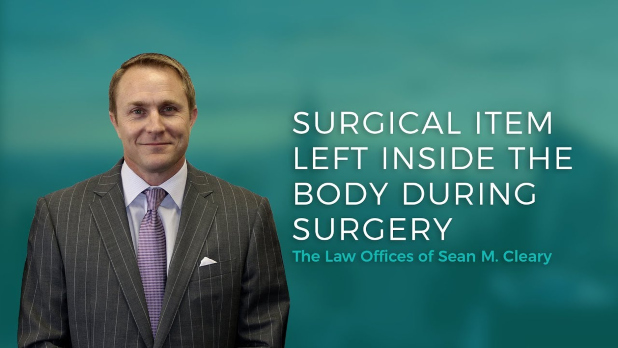 It is estimated that 1 in 5,5K patients across the United States will leave the operating room with a retained surgical object in their body, capable of inflicting severe physical damage.

In healthcare, a retained surgical instrument is considered a never event, a term used to describe medical errors that are very serious but preventable.

Never event is a term describing cases that involve:

Retained surgical instruments (RSI) in a patient after a surgical procedure refer to medical supplies accidentally left inside a patient's body after surgery. These medical errors often result in severe and potentially life-threatening infections for patients and can seriously implicate the healthcare professionals and medical care providers involved.

RSIs were not designed to be left in the body and may be utilized during a surgical procedure. Examples of retained foreign bodies inside a patient include:

Many other devices may be inadvertently left in a patient's body. Over two-thirds of the retained surgical objects cases involve surgical sponges, while reports of retained needles and instruments are infrequent.

Retained surgical objects represent a life-threatening medical emergency. Some of the warning signs that indicate you may be suffering from complications include:

Retained surgical item cases are problematic because patients often don't know anything is wrong until the body reacts to the item through the pain. At the point when the pain is severe, and this can take years, the item has become infected, and the patient will likely need emergency surgery.

The problem can affect any surgical specialty and any surgical procedure. Unsurprisingly, patients undergoing emergency procedures are most at risk. However, even those who undergo routine procedures can have this problem if the surgical team encounters complications that create a chaotic operating environment.

Some studies show that patients with a high body mass index are more likely to be affected by retained surgical objects. However, the specific reason for this is unknown.

After a review of 254 cases, it was found that the abdominal/pelvic cavity/vaginal vault (74%) is the most common site for this type of error to occur, followed by the thoracic cavity (11%). The majority of cases of retained surgical objects involve sponges left in patients who've had abdominal surgery.

Imaging is the key to diagnosis. Computed tomography is the modality of choice to exclude the presence of an RSI. 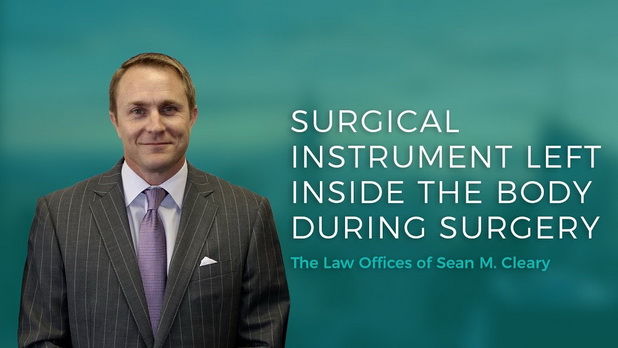 Any case involving retained surgical items falls under the umbrella of medical malpractice.

Medical malpractice compensatory damages are difficult to estimate because they are based on many influencing causes, such as past and future medical bills and any loss of earnings or earning capacity caused by the error.

The Law Offices of Sean M. Cleary is dedicated to assisting you if you've been the victim of a retained surgical object case and received treatment at hospitals or surgical centers in Miami-Dade, Monroe, Broward, Palm Beach Counties, and Fort Lauderdale.