Can Your Car's Black Box Help in Case of a Car Accident?

Many individuals associate black boxes with airplanes, but the truth is these instruments are no longer a key tool only for investigating airplane accidents. The event data recorder (or EDR), as the black box is officially known, is getting a lot of credit for the recording of car accidents as well.

Some people have expressed their worries about privacy issues, but the utility of car black boxes reaches far beyond the insurance area.

The black box is without a doubt helpful for both the police and insurance companies since it measures G-force and can recognize the force of an impact, if it passes a certain amount, and can record:

As mentioned, the event data recorder collects all sorts of data, from speed to sudden turns to whether the driver has pressed the brake pedal all the way or fastened the seatbelt. The collected information varies from one vehicle to another; still, one aspect is certain: the black box usually records five to ten seconds before a collision.

While the EDR's are already installed in cars, with many people completely unaware of having them, there are also cases where drivers voluntarily choose to use such recording devices for their protection. There is another type of black box, also known as a video data event recorder or dashcam, which can be installed on the windshield and functions also as a camera and GPS. The collected data is securely stored on an SD card and way more accurate since it also contains information about:

Benefits of a Car's Black Box 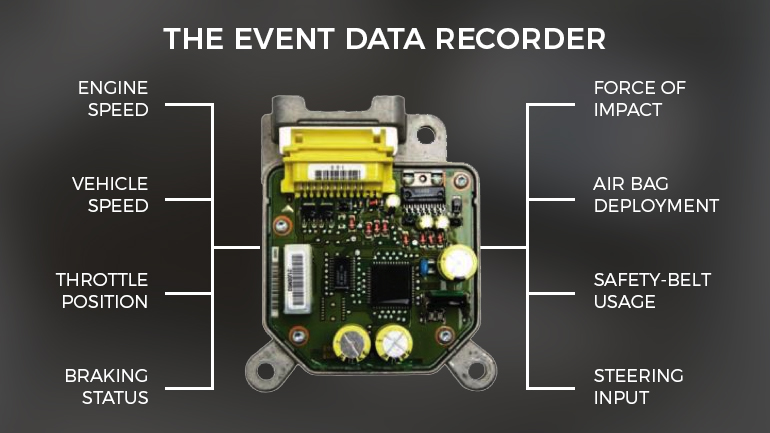 Car black boxes can help determine the cause of an accident and the events that led to it. This information is very valuable, especially when no witnesses are present at the accident scene or when each driver has their version of the event.

The benefits of using an event data recorder in the vehicle exceed the disadvantages of not having one in basically all aspects. A car black box can get you into trouble if you are a reckless driver, but it can also save you from a bad situation. For example, if an accident occurs without any witnesses, reconstruction may be difficult, but it would be easy to prove your innocence with the black box on your side.

Insurance companies are very interested in the broader use of car black boxes, as the information gathered from the device offers a lot of valuable data about drivers. In 13 U.S. states, the insurers actually can get permission to access the black box and can do so by simply plugging a laptop into the data port. Some companies even went far enough to provide discounts for those who possess an EDR. A black box can also represent relief for worried parents, as a young driver's behavior in traffic will be more responsible, knowing the vehicle is monitored.

Event data recorders can prove to be quite a rational feature for vehicles, considering that more people die in car accidents than in airplane crashes. Some civic groups have expressed their concerns regarding privacy issues, suggesting that the devices could easily spy on car owners.

Now that we are aware that a black box only records data about the speed, accelerating, decelerating, braking, or sudden turns over the last 5-10 seconds before an accident and not the conversation from the car, these privacy concerns do not seem so justified. Generally speaking, an event data recorder does not violate a driver's privacy.

Black box insurances, also known as telematic premiums, are a type of insurance that uses raw data to determine the amount one pays for coverage. The insurance can offer different discounts on the paid amounts by using real data about the driver to determine the premiums. However, this can go both ways, as reckless driving can increase the risk of paying more money for insurance.

Also, using a black box can be effective in that:

Overall, the telematics data can be used to make the roads safer. The collected data will always be gathered only to assess the insurance risk, help in case of an accident, help track the location of the car in case it is stolen, or manage certain claims.

In the insurance world, where premiums are based on driving behavior, it can be quite popular to try and reduce the cover costs.

We list here four types of drivers who could benefit from having black box insurance:

Are Car Accidents an OSHA Recordable?

The Occupational Safety and Health Administration (OSHA) faces many difficulties when determining whether an injury is work-related. Questions about vehicle accidents during working hours or a commute to work are often under debate.

According to OSHA, they have never classified those injuries that occurred during an ordinary commute to or from work to be recordable injuries. Even if a person is driving a company car when they get into a car accident, this situation does not make it a recordable work injury. Work-related injuries are considered those accidents that happen during employment, where transportation of goods or traveling to a business meeting are involved. There are some exceptions to this case, as well. For example, if an employee makes an unscheduled stop during working hours and suffers an injury due to a car accident, their injury would not be considered work-related.

Involved in a Car Accident in Miami? We Can Help 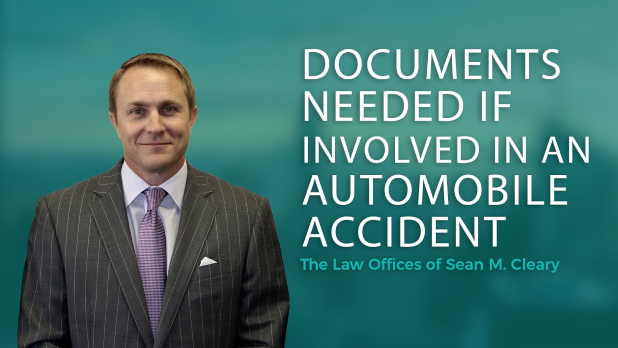 If you have been involved in a severe car accident in Miami, you should contact The Law Offices of Sean M. Cleary. We have the personal dedication and legal knowledge to ensure that you receive the representation you deserve.

If you are unsure your accident qualifies you for receiving compensation, you can discuss your case with our Miami car accident attorney by calling us.

This can prove to be an advantage, as it will lead towards making informed and wise decisions and taking the required, logical steps to protect your interests.