If you, your child, or another loved one has suffered injuries and losses because of an ATV accident, do not hesitate to contact an experienced car accident attorney. 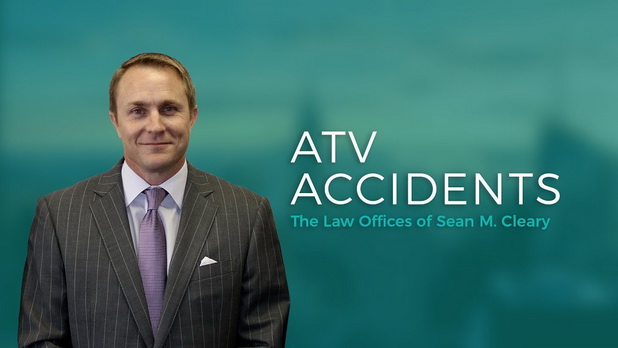 ATV Related Injuries and Fatalities in Miami or Florida 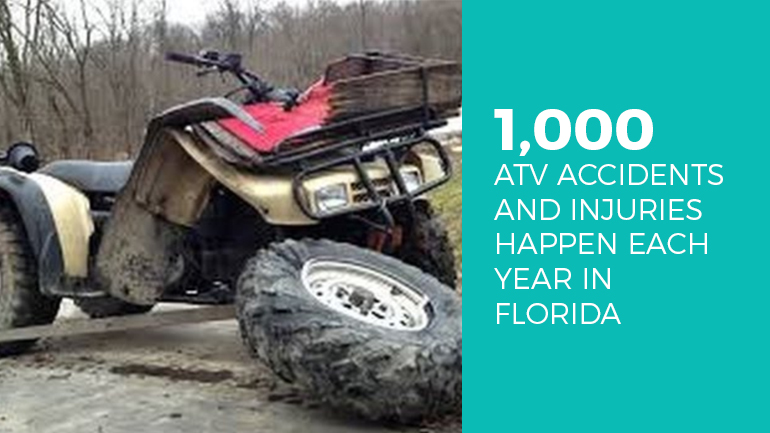 ATVs are popular for traveling off-road for pure enjoyment or sport, yet these terrain vehicles can be dangerous when not used safely. With places like the Everglades, hundreds of miles of sandy beaches, and commercial dirt bike courses, Florida is a haven for ATV enthusiasts.

The concern is that The Sunshine State ranks in the top 10 in the country for ATV deaths, many of which could be prevented by following some safety protocols. According to the Florida Highway Safety and Motor Vehicles, Florida had 20 ATV deaths and 108 injuries reported in one year. 32 out of 40 drivers occupying a moped or ATV at the time of the fatal crash were not wearing a helmet.

ATVs can be dangerous if other vehicles are nearby, or if the ATV is defective. In numerous instances, ATV crashes can result in death. By far, the greatest risks of injury are a driver or rider being thrown off the ATV or having it roll over on the driver or passenger.

At The Law Offices of Sean M. Cleary, our Florida ATV collision lawyer is dedicated to assisting individuals who have sustained an injury as a result of negligence or wrongdoing.

The injuries sustained in ATV related crashes include:

These serious injuries affect all areas of the body with the head, neck, and arm requiring the most treatment at 28% each.

If you or a loved one has been injured in an ATV collision, call our firm to discuss your case with our Miami injury attorney. We are ready to represent you and ensure that you receive the level of compensation you're due for medical bills as well as the physical and emotional damages related to the injuries you have sustained.

Who Is Legally Responsible for Miami ATV Accidents?

There are many causes of ATV crashes, and it is essential to determine who is liable before pursuing legal action.

Often, the driver of another vehicle may be responsible if he or she is driving recklessly or negligently. The ATV driver is usually responsible for the safe operation of the vehicle. When he or she loses control of the vehicle, passengers or bystanders can suffer injury as a result.

In some cases, the passenger's actions may result in his or her own injury. Failing to remain seated while the ATV is in motion or to hang on through the ride may result in injuries.

In other cases, the ATV's manufacturer may be held accountable if something goes wrong and the vehicle causes serious injury or death. Product liability claims can be filed against manufacturers who released unreasonably dangerous products on the market and exposed their customers to injury risks. If the investigation following your ATV accident shows that the vehicle wasn't functioning properly due to a faulty part, filing a product liability claim provides another avenue of redress for you. All parties in the chain of manufacture and distribution are potentially reachable in cases of this kind.

The first ATVs on the U.S. market were three-wheelers. As these vehicles were involved in an unacceptably high rate of accidents, in 1987 the U.S. Justice Department filed a lawsuit alleging that ATV manufacturers violated the Consumer Product Safety Act. Since this trial, three-wheel ATVs are no longer being produced, but they are still in use. If you have been involved in a crash with such a vehicle, you might have a valid product liability claim against negligent manufacturers.

Even if three-wheel ATVs are no longer produced and four-wheelers are more stable and safer, manufacturers still tend to push the limits of these vehicles. As they are becoming stronger and faster, the probability of a crash increases consistently.

Besides becoming more efficient, ATVs also often have defects, either in their design or their manufacturing. Significant numbers of ATV models have been recalled revealing the frequent occurrence of defective components.

ATV dealers can also find themselves as defendants in personal injury cases, due to the failure of providing classes or, at least, basic instructions on how these vehicles should be operated.

On rare occasions, government entities might also be liable, for the lack of proper legislation and regulations regarding ATVs.

If the victim of an ATV accident is a child, liability often extends to the person who was supervising the minor at the time of the crash. According to Miami law, to ride an ATV unsupervised, the operator must be at least 16 years old.

Regardless of the circumstances, establishing liability is never simple. Therefore, identifying the responsible party is imperative in order to pursue financial compensation. Brain damage, paralysis, and death may result from an ATV crash. If you have been in an ATV-related accident you may be entitled to medical costs, loss of earnings, and pain and suffering.

ATV manufacturing companies are well aware of recall issues, and product liability lawsuits damage their reputation. Therefore, many of them decide to recall defective models once the problem becomes obvious.

Some of the reasons behind recalls include engine fires, steering defects, rear suspension issues, and sudden loss of power.

In the last years, the following ATV manufacturing companies recalled certain models due to safety issues:

In 2016, Polaris recalled 2014 Ranger ROVs and certain model-year RZRS due to a defect that posed risks of serious injuries and fires while in use. Although Polaris had received reports and gathered information of fire incidents, the company did not immediately inform federal regulators of the defect or risks as required by law. Due to the substantial risks associated with the possible defect, more than 160 fires and injuries were reported, including one death involving a 15-year-old victim who was riding as a passenger in a Polaris RZR and a fire that burned 10+ acres of land.

The company’s alleged failure to abide by federal laws requiring manufacturers to timely report potential defects and risks associated with their products lead to a $27.25 million civil penalty.

How Do We Handle an ATV Accident Case?

How Can The Law Offices of Sean M. Cleary Help If You've Been Involved in an ATV Accident?

We advocate on behalf of injured clients and their families, and we pursue settlements that cover both economic and non-economic losses. If, however, negotiations fail, we are not afraid to take your case to court.

We do require all our clients to contact us in time, as soon as possible following the accident, to avoid exceeding the statute of limitations or signing any agreements with insurance companies. If you or someone close to you has suffered a serious ATV accident, contact us. At The Law Offices of Sean M. Cleary, our Miami personal injury lawyer is passionate about protecting victims' rights after serious injuries, as well the families who lost loved ones in preventable accidents.

We have the necessary experience to handle unique cases and determine liability even under challenging circumstances. We use our resources for the benefit of all our clients so that you can recover maximum compensation after a negligent ATV accident. If another person has injured you, you have the legal right to seek compensation for medical bills, lost wages, long-term care, and pain and suffering.