How common are ATV accidents?

ATV accidents are more common than people think. There are over 100,000 emergency-room visits per year by people involved in an ATV accident, with injuries that range from bruises to very severe fractures. In 2019, the CPSC received reports that around 295 people had died that year in ATV-related accidents, and between 1982-2017 there were 15,250 ATV-related fatalities. 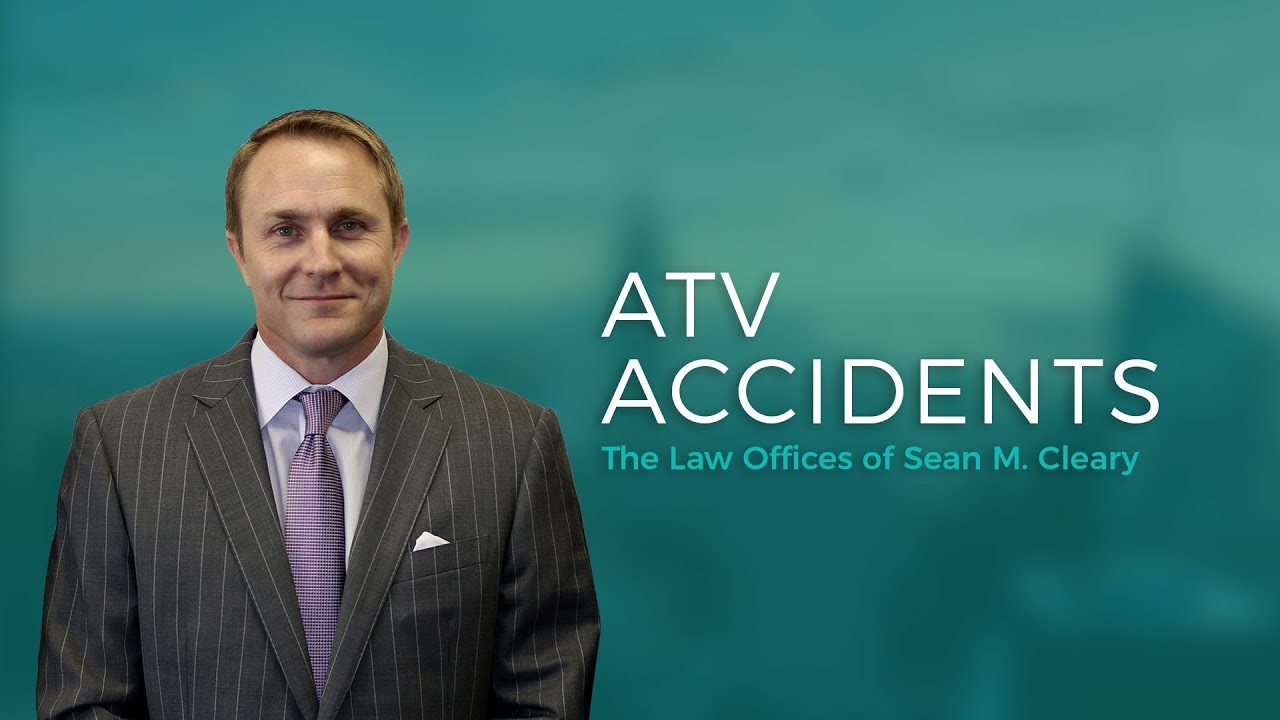 Each year, hundreds of people die in ATV accidents, and thousands more sustain severe personal injuries. In 2017, there were over 93,800 emergency room visits by people who were involved in a four-wheeler accident. Fortunately, most of these E.R. visits recorded in 2017 were categorized as treated and released. Additionally, it was estimated that ATV injuries were most likely to happen in the following body parts:

CFA consistently found that state and local laws let these vehicles on the road, where the majority of fatalities occur. OHVs are not designed to be operated on road surfaces. Also at blame is the U.S. Consumer Product Safety Commission, which has not finalized the all-terrain vehicle rulemaking.

According to the CSPC annual report, almost 26 percent of the patients were 16 or younger, most of them suffering from contusions, abrasions, or fractures.

Who is at risk of suffering an ATV accident?

Approximately one-third of ATV injuries affect children under 16, and around 300-400 people die every year in such accidents. Boys are more at risk than girls, and inexperienced riders are more at risk for ATV-related emergency room visits. Additionally, riders who do not follow the safety rules or operate the ATV under the influence of alcohol or drugs have an increased risk of being in an ATV accident and being injured.

Children are more likely to suffer severe ATV accidents, and boys are more exposed to the risk than girls. The injury rate for boys was approximately twice as high as for girls, with close to 16,000 boys between the ages of 11 and 15 injured compared to around 7,700 girls. Inexperienced riders are also at increased risk, together with individuals who did not complete safety training or who ride less frequently.

Research shows that adolescent and teenage ATV riders have more catastrophic injuries and head injuries than any other age group. Also, children often lack the physical strength, fine motor skills, and cognitive abilities to operate ATVs properly, so their risk of injury is greater than that of adults.

The Academy of Pediatrics and the American College of Surgeons both advise preventing all children under the age of 16 from using all-terrain vehicles, also known as ATVs. However, if parents allow their kids to ride an ATV, the following safety measures are strongly recommended:

The leading causes of injury and fatal ATV accidents are:

An inexperienced ATV rider is 13 times more likely to have an accident than an experienced one during the first month. The owner has the responsibility to ensure that amateur operators receive correct instruction before driving the ATV.

What are the most common injuries caused by ATV accidents in Miami?

Blunt force trauma injuries or head injuries are common for an ATV accident in Florida. Fatal and severe non-fatal accidents are far too common, though safety laws and regulations have been implemented and improved upon.

The most widespread injuries caused by an ATV accident in Miami include:

If you have suffered one of the above-listed injuries or a similar injury in an ATV accident in Florida, you may have the right to compensation through a personal injury claim. An ATV accident can cause permanent injuries that cost millions of dollars, depending on the treatments, surgeries, and long-term rehabilitation therapy required.

Who is liable for my ATV accident and what are my legal rights? 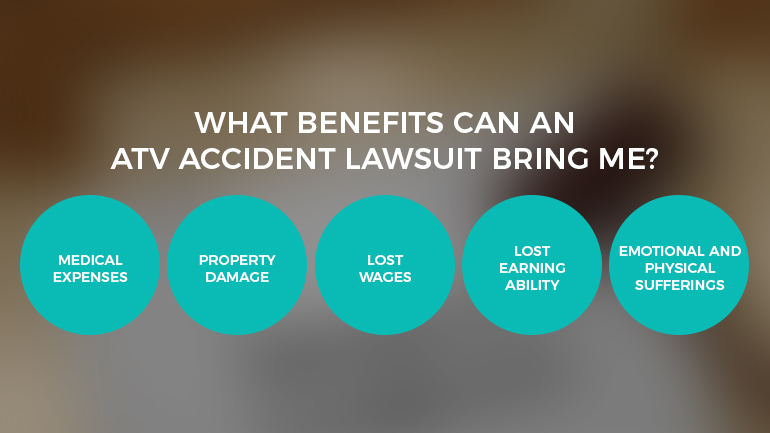 Recreation opportunities abound in South Florida, but ATV riding can lead to potentially serious or fatal accidents. You should not have to handle alone all of the costs associated with having an ATV accident. You may have the option to file a Miami personal injury claim and seek financial compensation. After an ATV accident, you can recover financial compensation for damages such as medical expenses and lost wages.

In states with no-fault insurance laws, like Florida, the help of a personal injury lawyer is necessary to maximize your chances of receiving fair compensation.

No-fault insurance laws are intended to minimize claims arising from less significant accidents and encourage prompt compensation for medical expenses and lost income. However, these laws can sometimes make it hard for victims to recover other types of reparation.

If you can correctly identify the at-fault parties, an ATV accident lawsuit can bring monetary compensation that covers the different damages you sustained. Your ATV accident and injuries may have been caused by negligence, such as:

The monetary compensation that you are entitled to is negotiated with insurance companies when you settle or determined by juries when you file a lawsuit. By filing a personal injury claim with an ATV accident attorney at your side, you may recover compensation for damages including but not limited to:

Contact our Miami-based office if you suffered an ATV accident and need legal help or have more questions. We are here to help. We are working hard for our clients, and we want to help you. Call us today to get a free consultation.